What if you could free up your brain to put your creativity into turbo overdrive?

See the video below. Do you think they’re consciously thinking about what their hands are doing?

They are also probably not struggling to remember the lines of the song. Ideally, they’re just having a good time and maybe their only conscious “decisions” are whom to look at, maybe to even think of something else or about how two days ago when they were practicing one of them fell off of her chair and they all had a good laugh.

Because they’re not spending energy on the words or the notes or the timing or what their hands are doing, they have precious time to let go and relax which is why they seem relaxed.

Have you ever noticed that in a pro basketball game at the highest level, even when it’s down to the wire and a make-or-break situation, they don’t seem nervous? Even if they are somewhat nervous, they don’t show it. They have been there so many times that what they are about to do is just engrained in their minds so deeply that they don’t have to think–in fact, they’re going to perform better if they don’t think.

Let’s say you had to: 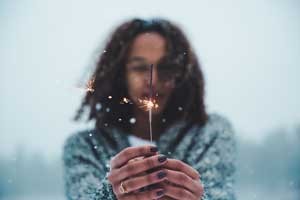 What if you could free up your brain to put your creativity into turbo overdrive?

What if you did it in this order:

Folding laundry is how the musicians in the video see their clapping. They’ve done it so often, they’ve practiced so many times that they don’t need to think about it. In fact, maybe, while they’re singing, while they’re recording this song, what they might be thinking about is what might be even better for their next song.

Can you imagine having all of that available brain power at your disposal? If so much of what you did was automatic or subconscious that you had left over, extra mind capacity to think of the next big thing?

What can you work on to the point where you have it down pat? You know it in your sleep, you don’t have to think about it and in fact, thinking about it makes it worse? You don’t think about walking your dog, driving your car or riding your bike. What can you learn, practice and engrain into your brain so that it becomes a habit? What if you even wanted to do it Every Single Day because you enjoyed it and understood the turbo boost that it would give you? That it becomes something that you just do? Once you have it down, here’s the most exciting part: because you’ve been using so much of your brain for the basics, it didn’t have the space to think of new ideas. What if you stood on top of where you used to strive towards and started your creative process from there?

Have fun with that.

How am I doing it?

By Writing Every Single Day, I have “demoted” the writing aspect to the point where it’s just automatic, I just do it, it’s just something I do. It’s the basis, the foundation. When do I get creative? By triggering my writing mind by doing what I do Every Single Day, but knowing that it needs no additional help or concentration, my mind is wide open for what’s coming, what’s new, what’s going to work and, even better, things I can’t even imagine from that lower-level mind. Fun, right?

Here’s another with a prop, a cup, and they’re all in sync. Think they practiced a few times?