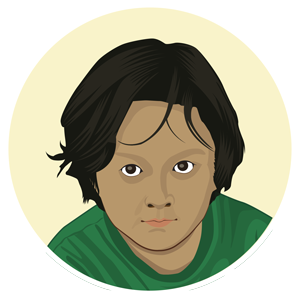 The nimble star of the Markree Castle series: Dan.

Although only 9-years old, Dan has a wise old man buried deep in his soul. While he’s second in line at In-N- Out Burger (only after his stronger brother), he’s quick to analyze the situation and maybe try to figure out how to bring fresh burgers to China.

He can’t quite place where it comes from, but he has a connection with the castle that he can’t figure out. It intrigues him so much that he doesn’t want to leave until their figure out the treasure, find the key, and solve the secret of the Markree Castle.

He says his magical power is to teleport. He might just get his wish at Markree, but with the obscure and indirect ways things tend to happen at the castle, he might just be smart to “be careful what he wishes for.”