The Secret of Markree Castle (Book 1) Available on Amazon! We did it! Just in time for the annual event. 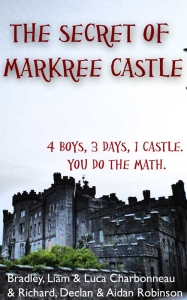 Pop the champagne! Or at least the lemonade! We made it on deadline: book #2 in the Li & Lu series available a year after book #1. It took: 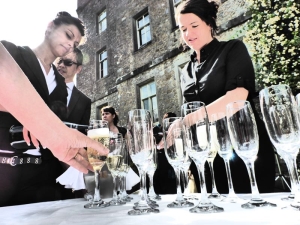 Pop the champagne: Book #1 of the Secret of Markree Castle is on the (digital) shelves!

The boys kicked it into gear and gave their input while poolside, bedside, Skypeside and beside themselves with fatigue. Lots of suggestions of fart scenes (you’ll notice how that made quite an appearance), machine guns and magic wands and a wee bit of editing and we’re at it again putting into print the adventures of the boys.

Li & Lu are joined by their pals Dec & Dan

The boys have moved on from their local Kite Hill playground all the way to north western Ireland where their buddies’ dad is getting married–in a castle, no less! Dec & Dan are the only other two boys in the whole castle and they’re going to spend the three days with them under the close watch of the nanny.

Oh, pardon me, what’s that? The nanny cancelled? Oh, we’ll get a replacement. No, sorry, what, no replacement?

It seemed like a good idea: “Hey, let’s bring the boys to the wedding!” It was a No Kids Allowed wedding, but since one of us is the groom and the other guy is a 20+ year long friend, we can make an exception, right? They won’t come to the parties or anything, we’ll get a nanny, they can roam the grounds, feed the sheep, explore. It’ll be great. They’ll get to know each other better, they’ll be best of friends by the end of the weekend. Great, let’s do it!

Little did we know.

It just doesn’t add it. It can’t go well. What were we thinking? Oh well, at least they’re safe. Right?

It’s late on April 1, 2015 and this is no April Fool’s joke. We did it. We finished the book today. In fact, it became more than a book, it’s going to be a trilogy–this is just book one. As things progressed, we knew it just wouldn’t fit into a single volume, there’s too much ground to cover. Book one barely gets us through Day 1 at the castle. We need at least a few more books.

It’s been a long day of no WiFi. But it’s up there. I’d put a link, but it’s not live yet. I’ll check in the morning. Until then, sweet dreams of castles, lemonade, and secrets.