History should never be written in stone! It is frequently being re-examined unearthing viable data that dismantles formerly held beliefs or published facts. Such occasion brings forth a most relevant lesson that realigns us with an exciting epidemiological case-in-point to light the way to real health. Who should offer us such a valuable nugget in time? Well, the mid Victorians who in contrast to mistaken reporting over the centuries were said to suffer lives of squalor, disease and malnourishment in fact lived in a rare ‘golden age’ of nutrition! The beauty of this tale is that presents a simple and proven blueprint for a diet that afforded all of its population excellent health virtually free of the chronic degenerative diseases so characteristic of the 20th/21st century that so horribly impacts quality of life.

Once the mid-Victorians survived early childhood, they lived well into their mid seventies on average, until they succumbed to infection and died. All this without the ‘benefit’ of the public health movement and modern surgery, modern equipment, diagnostics and pharmaceuticals.

The mid Victorians had the same lifespan as we enjoy now but with their health intact and their morbidity compressed until very end of life. The mid-Victorians were stronger, fitter and healthier than we are due to superior nutrition. It offered significant defense even for those of the most limited incomes whom also enjoyed these nourishing foods.

Research by Paul Clayton and Judith Rowbotham drawn from extensive and detailed public records demonstrated the following about the Victorian diet and lifestyle between the period 1850 and 1880. They were very physically active expending between 4,000 – 8,000 calories, consuming roughly two times what we eat now. Of thin to slim body type, obesity was virtually unknown except for the wealthier classes. The hero of the day was the richly diverse diet dominated by plant foods: 8 – 10 servings of vegetables and fruits daily, significantly more nuts and legumes with seafoods rich in omega 3 fats plentiful with even for the working class. There were no processed foods apart from bread, cheese and butter and all meats were sourced from “free range” animals. Natural yeasts in their beer had immuneprotective benefits. Their heirloom varieties of fruits and vegetables were 2 – 3 times higher in phytochemicals and nutrients than our conventionally-raised contemporary versions bestowing even greater health benefits notably anti-inflammatory and cancer protective.

Their health savings: degenerative disease was 90% less than what we see today. They lived long and died quickly. But by 1885, new imports of poor quality foods began to topple the mid-Victorians’ diets. Cheap sugar ushered in a huge increase of sugar consumed as confections and mass-produced processed foods like condensed milk and canned fruit. By 1900, oral health was so degraded that people could no longer chew tough foods and were unable to eat many vegetables, fruits and nuts! A rapid decline in health followed and the rest is modern history…

History offers us this invaluable opportunity: look back to repossible your health and our future. 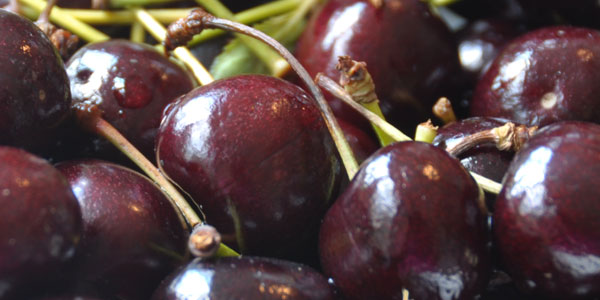 What do we have that they didn’t? Processed foods.